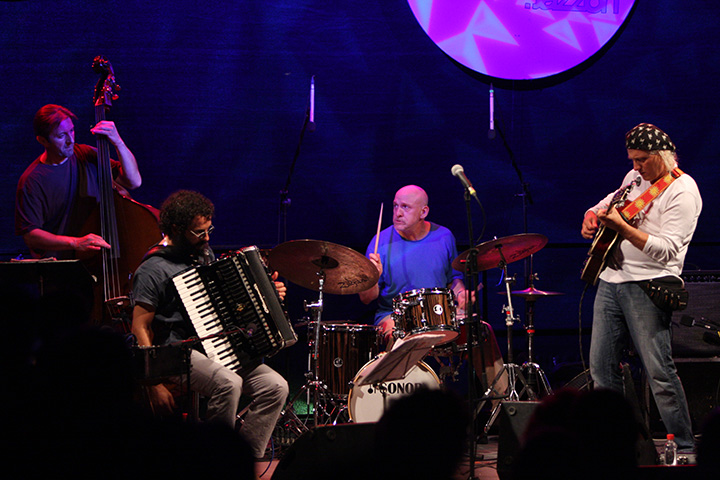 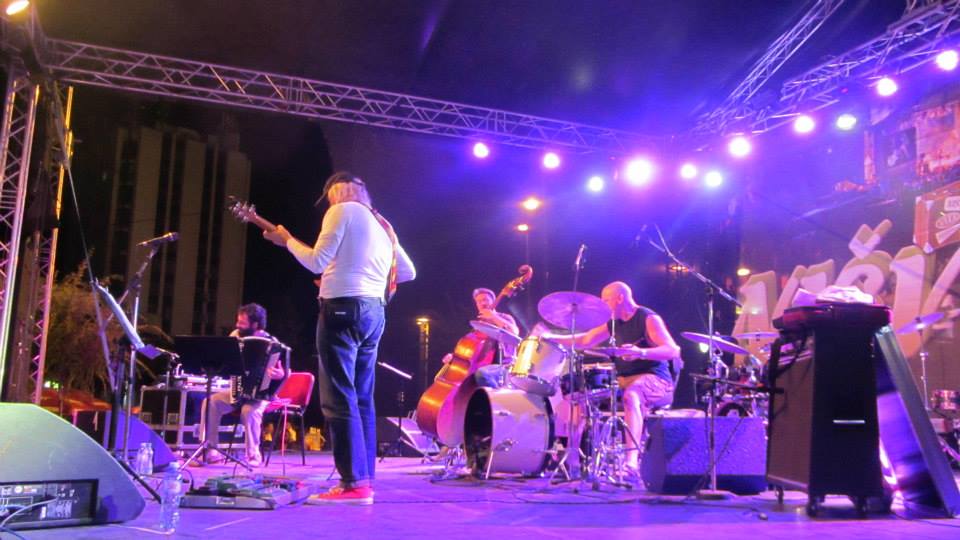 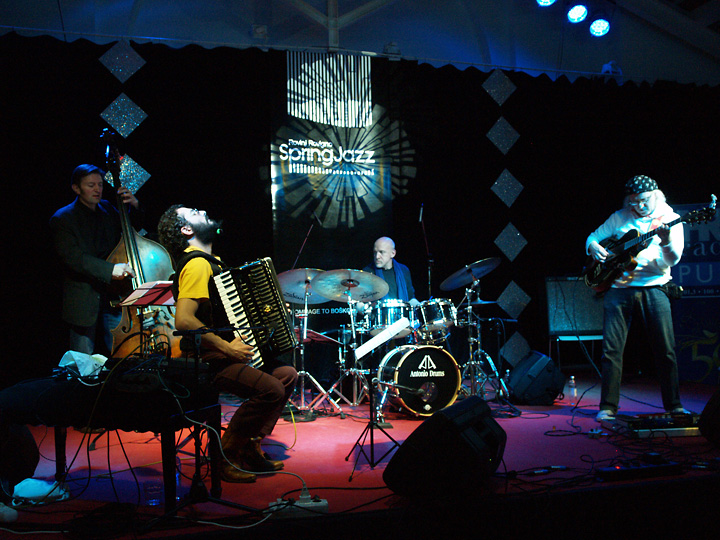 The Way We Talk (In + Out Records)

“On this outstanding album, Croatia’s Ratko Zjaca and Italy’s Simone Zanchini manifest a level of creative compatibility that can genuinely be described as phenomenal. And they receive impeccable support from Macedonia’s Martin Gjakonovski and America’s Adam Nussbaum…”

This group has a unique musical vision that absorbs and reflects all kinds of music while retaining an enviable individualism and high quality craftsmanship that can span from quiet intimacy to searing intensity. Diverse musical backgrounds, which include jazz, modern classical, world music, and free improvisation. They have been working on original compositions as well as crafting beautiful and haunting improvisations. Their music blurs the boundaries between notated music and free improvisation; the unique sonic landscapes that result are grounded in history, while pushing at the boundaries of modern improvised music. 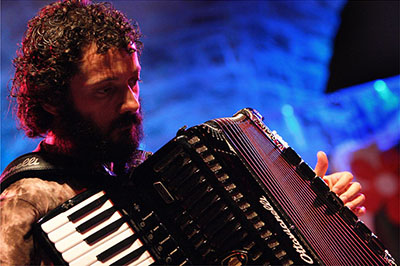 Considered one of the most interesting and innovative accordion players in Europe. Simone Zanchini’s musical research passes through the borders of contemporary music, acoustic and electronic sound experiment, and other contaminations mixed together. The result is a very special and personal approach with the material of improvisation. Eclectic artist, performing an intensive concert schedule with groups of various musical styles including improvisation, contemporary jazz, and classical music. 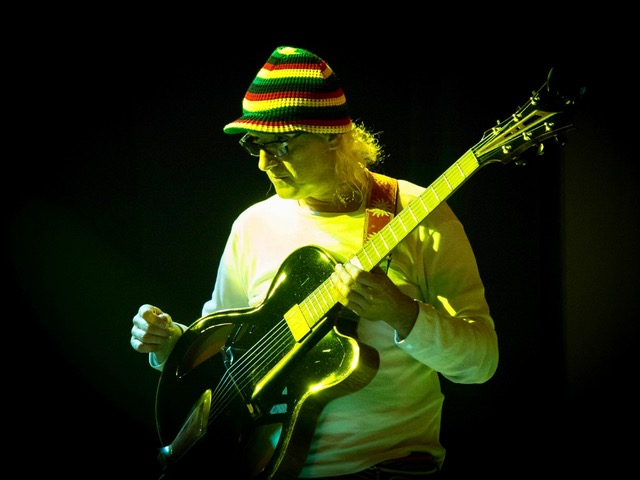 Ratko Zjaca is considered a very gifted stylist, assumes many roles in his macrocosm of music: contemporary guitarist, composer, performer and educator. His unique musical vision absorbs and reflects all kinds of music while retaining an enviable individualism and high quality craftsmanship that can span from quiet intimacy to searing intensity. Diverse musical backgrounds, which include jazz, world music, and free improvisation. He has been working on original compositions as well as crafting beautiful and haunting improvisations. He invented a unique style that is fearless, ambitious and volatile. He studied and graduated from Zagreb University. In his drive for the necessary knowledge and the enormous need for studies he sought his refuge in The Netherlands at the Rotterdam Conservatory. There he could get teachings by well-known masters. He also followed masterclasses and personal courses with Joe Pass, Jim Hall, Pat Metheny, Mike Stern, Bob Brookmayer, John Abercrombie, Mick Goodrick, Hariprasad Chaurasia and others.

Ratko started a new quartet with the legendary bass player and composer Miroslav Vitous. He released a quartet recording, Crossing The Border, in New York City with John Patitucci, Al Foster and Stan Mitrovic, with all original compisitions of all members of the quartet. He released a record, Continental Talk, with John Patitucci, Steve Gadd, Randy Brecker and Stan Mitrovic. Ratko’s latest release is a record with Simone Zanchini, Adam Nussbaum and Martin Gjakonovski called The Way We Talk.

The CD of the ZZ Quartet, “Beyond The Lines”, on In+Out Records was released in May 2013.

A new CD “Life on Earth” was released in January 2018 – Ratko with Antonio Sanchez, Stefano Bedetti and Renato Chicco.

A new CD “Light in the World” – Ratko Zjaca with John Riley, Stefano Bedetti and Renato Chicco is coming out soon. 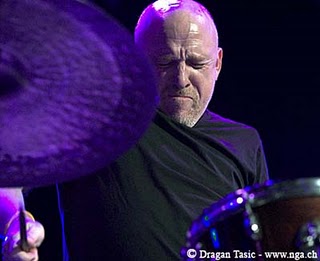 Nussbaum grew up in Norwalk, Connecticut and started to play drums at age 12 after studying piano for 5 years, also playing bass and saxophone as a teenager. He moved to New York City in 1975 to attend The Davis Center for Performing Arts at City College. While there he began working with Albert Dailey, Monty Waters, Joe Lee Wilson, Sheila Jordan and he played with Sonny Rollins in 1977 in Milwaukee. In 1978 he joined Dave Liebman’s quintet and did his first European tour with John Scofield. During the early eighties he continued working with John Scofield in a celebrated trio with Steve Swallow. In 1983 he become a member of Gil Evans Orchestra and played with Stan Getz as well. He later joined Eliane Elias/Randy Brecker Quartet, Gary Burton, and Toots Thielemans. In 1987 he began touring with the Michael Brecker Quintet. In 1988 they recorded the Grammy winning “Don’t Try This At Home” During 1992 he was part of the Carla Bley Big Band and that same year John Abercrombie hired him to complete his organ trio.

A very versatile drummer who generally plays in advanced settings, Adam Nussbaum is considered a major asset no matter where he appears and one of the finest jazz drummers today. 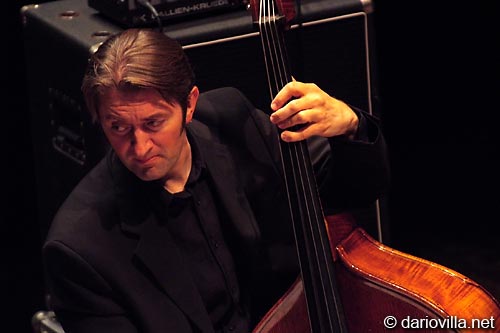 Born in Skopje, Macedonia in a family of Jazz musicians. His father was the founder and conductor of the Macedonian Jazz Radio Big Band and his mother a jazz vocalist. Martin started playing classical double-bass at the age of 14, but soon his passion for jazz awoke and resulted with the founding of his first band, Trio Spato. The opening door to the international jazz scene was a jazz workshop with the Coltrane bassplayer Reggie Workman in Groznjan, Croatia (1990). In 1991 he moved to Cologne, Germany studying jazz bass at the Music Academy of Cologne. He also learned from other great bassplayers such as Arild Andersen, John Clayton, Mike Richmond and Eddie Gomez.