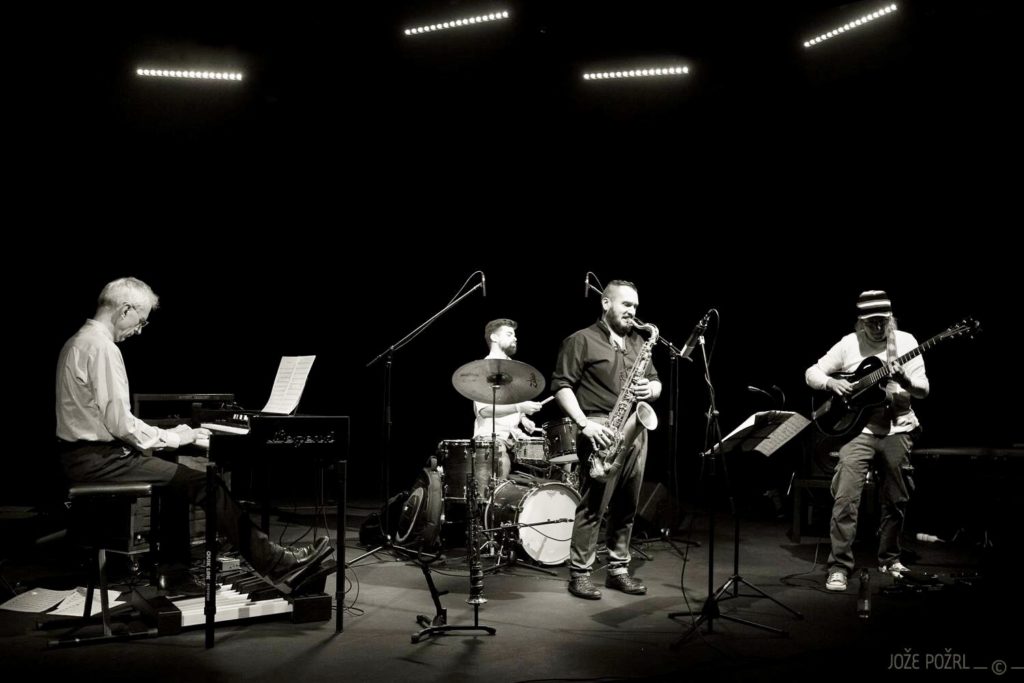 The collaboration between four outstanding artists forms a peerless combination of sax, guitar, organ and drums. The result is stunning in terms of sound and arrangement experimented with rhythmic ideas, texture and space impressed by the artists’ enthusiasm, passion, intensity and warmth. An inspiring, enjoyable, powerhouse of original compositions and standards. 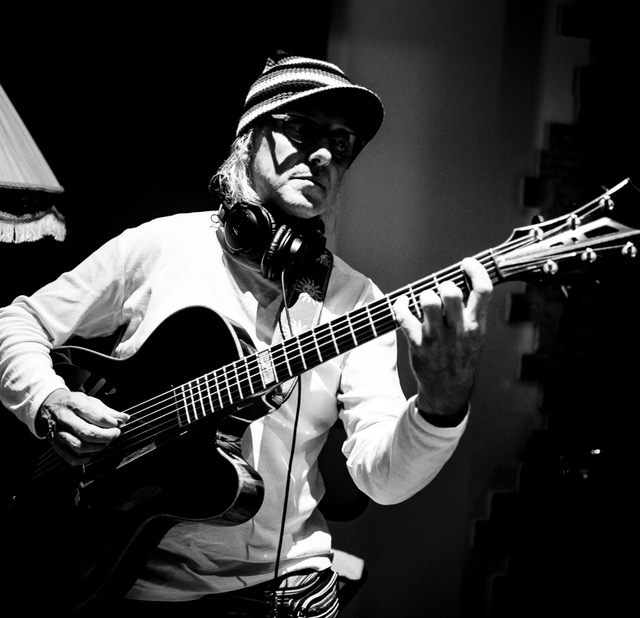 Ratko is considered a very gifted stylist, assumes many roles in his macrocosm of music: contemporary guitarist, composer, performer etc. Born in Croatia, Ratko in his early days was attracted by the sound of the guitar, both subversive sounds like those produced by Jimi Hendrix and from the classics like Bach and van Beethoven. He studied and graduated from Zagreb University. In his drive for the necessary knowledge and the enormous need for studies he sought his refuge in The Netherlands at the Rotterdam Conservatory, famous for its studies of modern music. There he could get teachings by well-known masters. He also followed masterclasses and personal courses with Joe Pass, Jim Hall, Pat Metheny, Mick Goodrick, Mike Stern, Bob Brookmayer, John Abercrombie and others.

The CD “Don’t try this anywhere” has won the Orpheus Award for 2016 – the best Italian production 2015 for jazz music. 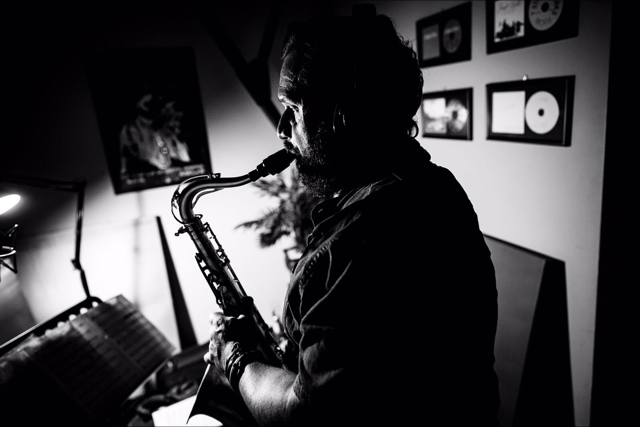 “Keep in mind this name, he is one of the most interesting saxophone players of recent years.” – Fabrizio Bosso

Stefano Bedetti is a self-taught musician who began to play tenor saxophone at the age of 14. He discovered jazz music listening to records of Charlie Parker and Michael Brecker. A little later many other jazz masters start to catch his attention, like John Coltrane, Sonny Rollins, Dexter Gordon, Joe Henderson, Cannonball Adderley, Hank Mobley, Sonny Stitt and all the other great of that era, introducing him in a new dimension of practicing and thinking about the music.

At the age of 19 Giulio Capiozzo (famous italian drummer, co-founder of well-known group Area) was the first to notice his talent and invite Stefano in his group.

The “Area” was an international group founded in the middle of the 70 joined by Giulio Capiozzo on drums, Ares Tavolazzi on bass, Patrizio Fariselli on keyboard and piano and Demetrio Stratos, the great vocalist famous for the complex and original way to use the voice at that time. For him this was one of the first experience in a recording studio. The album is “Chernobyl 7991” and the group was joined as special guest by the great Jimmy Clark.

Starting from 1995 Stefano also begins to play with the famous European group Jestofunk, toured with them all round the world for ten years and took part in numerous jazz festivals. Stefano played on three remarkable disks of the group: Universal Mother, Love in a black dimension, Jestofunk Live.

In 2004 another important meeting: Stefano joined the Marco Tamburini Quintet featuring Billy Hart on drums and Cameron Brown on bass.

Stefano formed his own quartet in 2005 and released his first disk as a leader in 2007: “The Bright Side of the Moon”. And is right at that moment that Stefano has proved himself not only as a world class player but also as a gifted composer. The record enjoyed rave reviews from critics, Italian Jazz Awards voted it the best jazz disk of the year in Italy.

After some time of collaboration with Tamburini and after a couple of albums recorded with the same quintet: first album 2005 “Frenico” and and then “Isole” 2007 and many tours in Italy and Europe Stefano is always more inspired and supported by the friendship and the music shared with Billy Hart. And is Billy Hart who start suggesting Stefano to move to New York.

In 2008 Stefano is very well known in Italy and part of Europe, he’s teaching in the conservatory “F. Venezze” in Rovigo making feel him quite happy but something is going to change very quick because the call from New York arrives from Lenny White who invites him to join along with Victor Baily his trio for a week at the very well known club “Iridium”. In late 2008 Stefano moves definitely to New York where he starts his most important collaborations and music experience.

Thanks to his generous and spontaneous way to play, to his huge sound, great technique and melodic/harmonic articulations Stefano is quickly noticed by some big name like Victor Lewis and Dave Stryker. With Victor he found his first trio in New York joined by Ed Howard on bass, trio that which will bring him on tour in different parts of America and Europe.

In the 2012 he has to move back to Italy due to the sickness of his father, and that will take Stefano close to his family for 3 years, making him start again a new life in his birth country.

Quite soon he meet his old friend the accordionist Simone Zanchini who calls him in his quartet. After many gigs together and recording an album arranged by Zanchini dedicated to the Italian folk music where they are free to experiment so many different sounds and shapes of music, a great record comes out.

By an idea of Zanchini to dedicate a disk in honor of the great Michael Brecker, the album “Don’t try this anywhere” featuring: Ratko Zjaca on guitar, John Patitucci on bass and Adam Nussbaum on drums gets out in the 2015 for the INANDOUT records. For this special project Randy Brecker (Michael’s brother) will write the liner notes.

In the 2016 Stefano starts his collaboration with Ratko Zjaca and after touring in Europe, in the summer 2017 they record “Life on Earth” with Renato Chicco on hammond and Antonio Sanchez on drums. 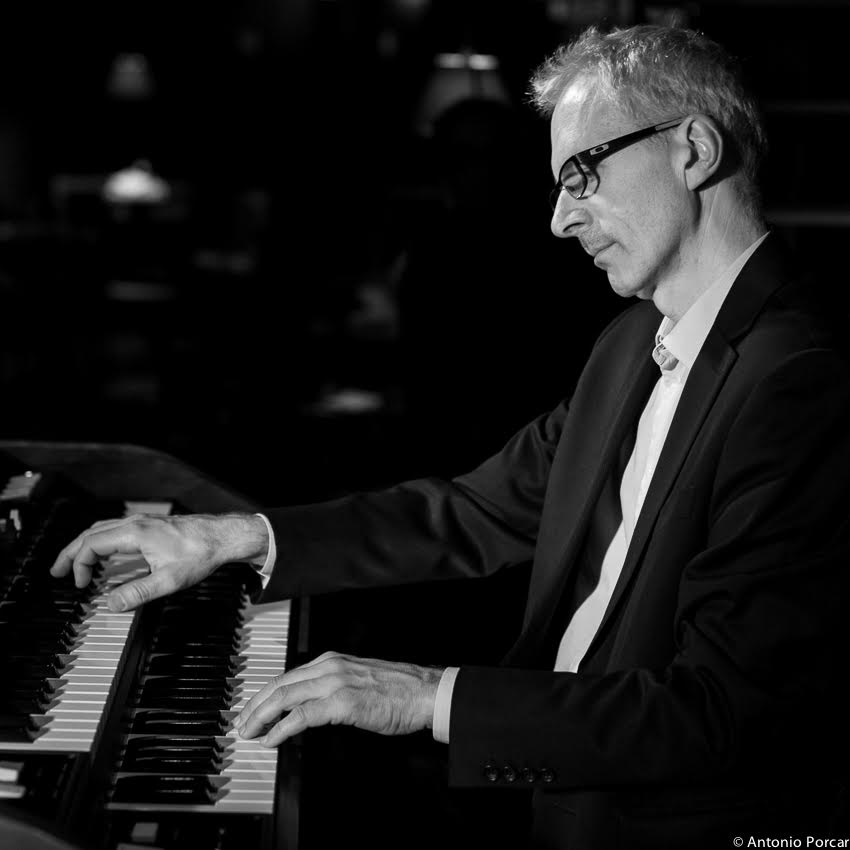 Pianist and organist Renato Chicco studied at the University of Music in Graz, Austria, and at Berklee College of Music in Boston. While living in New York City (1990-1998) he was a member of the Lionel Hampton Orchestra (1991-1992) and pianist and musical director with Jon Hendricks & Company (1991-1997). Being active on the New York scene during that time, aside from playing in clubs like the Blue Note, Birdland and the Village Gate, he took part in radio and TV shows (with Lionel Hampton and Jon Hendricks), performed at festivals and in clubs all over the United States, Europe, Asia and South America. Renato also performed with Lou Donaldson, Woody Shaw, Freddie Hubbard, Clark Terry, Benny Golson, Red Holloway, Al Grey, Joe Williams, Wynton Marsalis, Gary Burton, Milt Hinton, Reggie Workman, Jerry Bergonzi, Steve Grossman, Al Foster and many others. Among his recordings as a leader (on piano) Renato recorded two CDs of his jazz arrangements of Slovenian folk songs and recently one CD as a leader and three as a co-leader on organ. As a sideman he has appeared on over 50 recordings. Renato is currently professor for jazz improvisation at the Music University in Graz and continues to perform all over the world.

As a leader and co-leader: 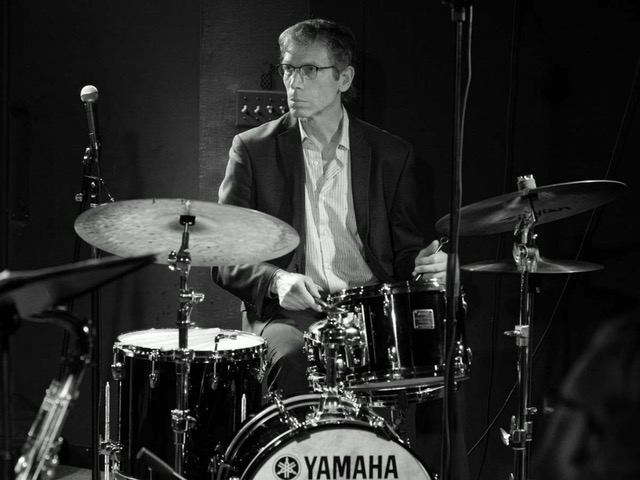 In 1976, he moved to New York City and was soon called to join the Woody Herman Band. Following that great experience, John returned to New York and began freelancing with a wide spectrum of world class musicians including Stan Getz, Milt Jackson, Miles Davis, Dizzy Gillespie, John Scofield, Bob Mintzer, Gary Peacock, Mike Stern, Joe Lovano, the Vanguard Jazz Orchestra, the Carnegie Hall Jazz Band, John Patitucci, Bob Berg, and many others. John has a Bachelor of Music degree in jazz education from the University of North Texas and a Master of Music in jazz studies from Manhattan School of Music.

He is on the faculty of Manhattan School of Music, The New School, and SUNY Purchase, and is an Artist in Residence at Amsterdam Conservatory, Holland.

John is also the author of The Art of Bop Drumming, Beyond Bop Drumming and has taught master classes around the world.